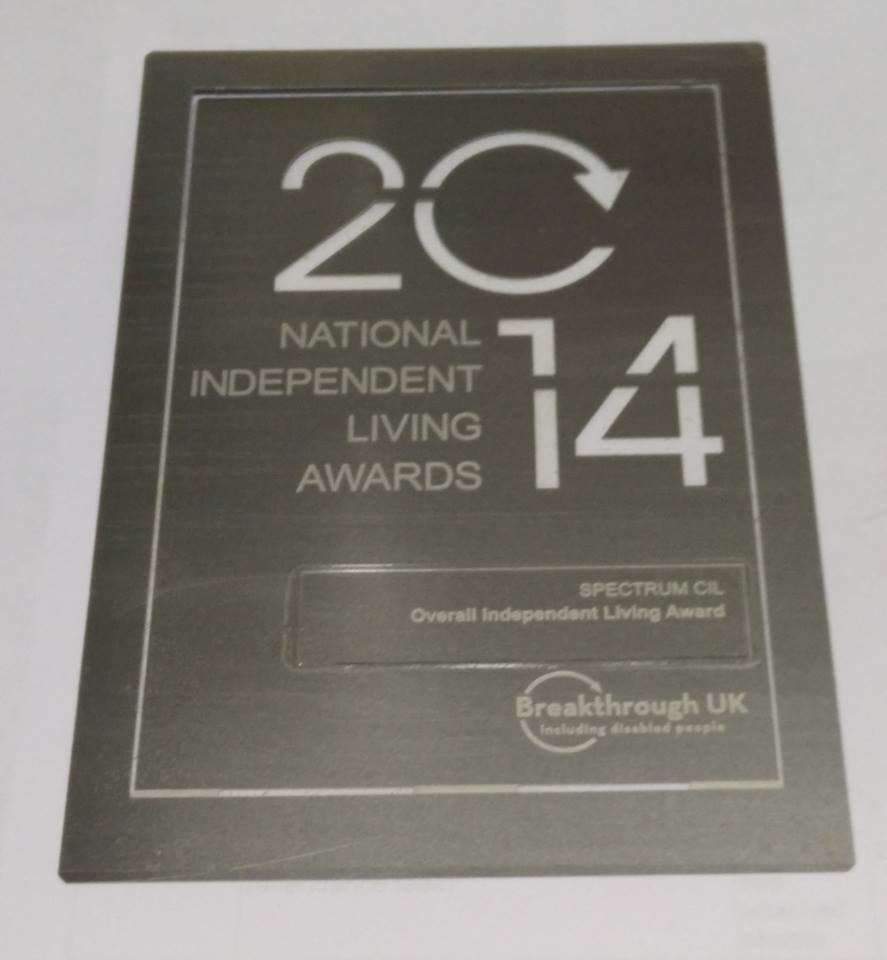 We need to recognise the important role of Disabled People’s Organisations (DPO) in 2014, a time when independence for many is under threat. Over the last 30 years SPECTRUM CIL have played a pivotal role in delivering Independent Living opportunities and influencing social policy. They have grown and developed whilst always keeping true to their values and objectives.

For more information about the awards, check out the Breakthrough UK awards page.