close menu
Home»News and events»News»SPECTRUM Attended a Debate: " Can Robots be Caregivers?" at the Winchester Science Centre on 9th Feb 2016

A debate to discuss how the future of autonomous robotics could revolutionise the care system. The National Health Service and our private care providers need more support than ever to supply the demand for care, could robots be the answer?

But, can robots really show the compassion needed for human care? 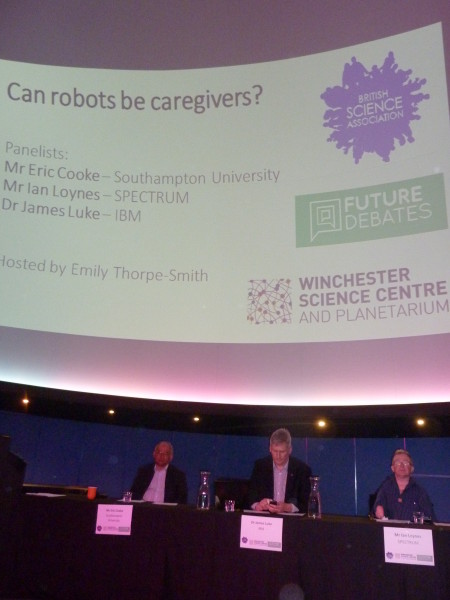 SPECTRUM’s Chief Executive puts our view on this important debate:

Can Robots be Care Givers?

I’d like to focus on following issues, from perspective of Disabled People: