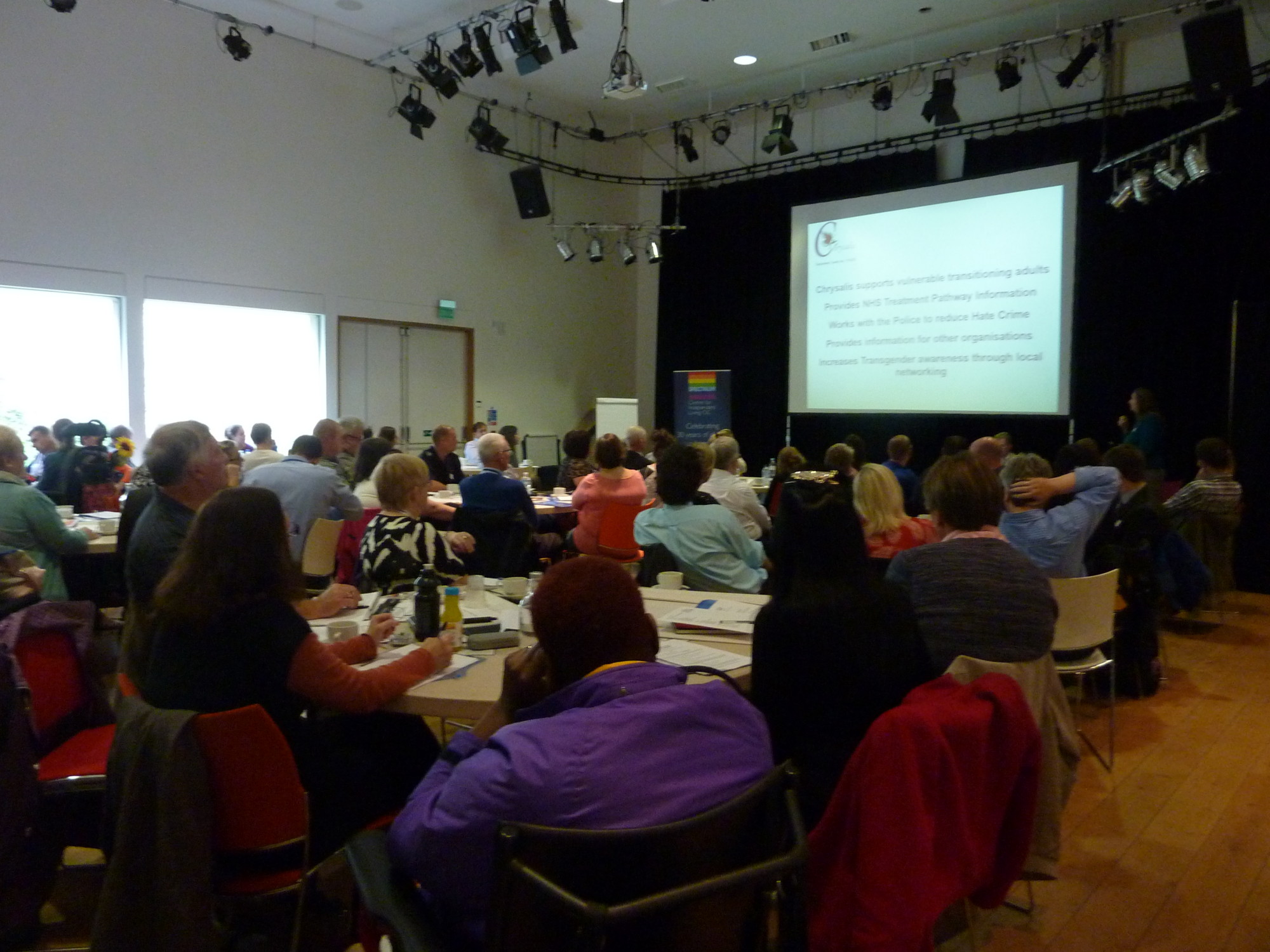 Our Hate Crime Conference on 27th October, organised with Hampshire County Council, was a great success. More than 80 people participated from  LGBT and Transgender, Gypsy and Traveller, BAME and Disability groups, as well as representatives from the Police and other statutory organisations and there was plenty of lively and thought provoking discussion. A big THANK YOU to everyone who was there and, especially, to our speakers who helped to inform and set the scene for our discussions.

The day comprised of groups sharing their experiences of Hate Crime and identifying common ground and workshops where everyone worked together to find recommendations and solutions to the problem of Hate Crime as well as using the day to make useful new contacts. 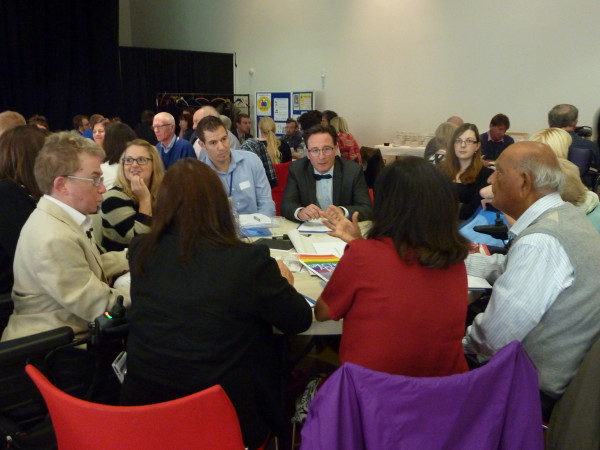 We are currently talking to the Local Councils and other groups about what we can do to follow-up up the event and to raise awareness about Hate Crime – which was something that people mentioned time and time again on the day.   We will also be producing with detailed recommendations on action to tackle Hate Crime based on the discussions at the event. In the meantime, our initial report and some of the presentations are available to read or download, along with some other documents that we hope you will find useful.

FACTS AND FIGURES ON HATE CRIME

More information about our speakers

Peer-jada works with various organisations, public services and communities on Faith based issues.

Dianne – Founder of Chrysalis, who work on supporting and championing the rights of transitioning transgender adults across South Hampshire and East Dorset. Chrysalis also provides Gender Awareness training for public and private organisations.

Simon Hayes – was elected the first Police & Crime Commissioner for Hampshire & Isle of Wight in November 2012. His role is to oversee and scrutinise policing, across the two counties, and to maintain an efficient and effective police service.

Before that, Simon was the Chairman of Crimestoppers for Hampshire & the Isle of Wight, the charity dedicated to preventing crime. He is also a past Chairman of Hampshire Police Authority.

Julie Fry MBE, Chief Inspector, Hampshire Constabulary – She has worked across the region in various posts including the Diverse Communities Officer at Hampshire Police Headquarters. In the 2013 honours list Julie was recognised for her work in ensuring increased reporting of hate crime and improved confidence in local policing from the LGBT communities.

She is a member of the Gay Police Association and has also played a leading role in the development of the Lesbian and Gay Liaison Officers (LAGLO) group providing specific support to the LGBT communities of Hampshire.

Some quotes from the presentations

Hate Crime is not always life destroying but is it certainly always soul destroying. It affects not just the victim, but also their families, friends and sometimes overshadows whole communities. Beverley Smith, Disability Hate Crime Network

Our survey showed that ALL our beneficiaries had experienced Hate Crime”  “Hate Crime is serious and every effort must be made to record offences in the right category. Hate Crime must not be recorded as anti-social behaviour or neighbourhood disputes.  Dianne – Founder, Chrysalis

Individual victims did not know how to report or are unwilling to report due to several different barriers such as being believed by the police or other agency.  Individuals were put off reporting as they potentially could be asked to give evidence in any court case.  Some minority groups in the community do not have confidence in public sector organisations because of their race, religion, ethnicity disability, or health problems.  Michael Gamble, Eastleigh Community Safety Partnership

Partnership working with Education – Recently this has resulted in working more closely with the education sector to help achieve greater awareness of hate and homophobic bullying – with a view to improving both staff and pupils ability to recognise and report incidents. In achieving this aim, I hope that young people will feel confident that they can discuss issues of this nature in a safe environment and staff take an informed and active role in tackling homophobia.  Julie Fry MBE, Chief Inspector, Hampshire Constabulary

O you who believe, be persistently standing firm for Allah as witnesses in justice, and let not the hatred of a people prevent you from being just. Be just, for it is closer to righteousness. Surah Al-Ma’idah 5:8 (Quoted by Peer-jada Qureshi)

SPECTRUM have produced a report from the event summarising the discussions and participant’s recommendations on actions needed to tackle Hate Crime. We have also been lobbying statutory agencies to commit to implementing these recommendations.

One of the main outcomes so far is the setting up of the Hampshire and Isle of Wight Hate Crime Action Group. This is a multi-agency action group hosted by the Police and Crime Commissioner, which was set up as a result of, and to action, the recommendations made by participants at the SPECTRUM Centre for Independent Living workshop held in October 2014.